Home
Culture
It Looks Like Just A Normal House, But Wait Until You Get A Closer Look!

Building your own house ‘brick for brick’ or ‘board for board’ definitely earns you bragging rights.

But in 1980, Edouard T. Arsenault decided to toss the bricks and the boards for another somewhat more unconventional material. One man’s trash is another man’s home.

It’s only 280 square feet. But what it lacks in size is made up in genius ingenuity. 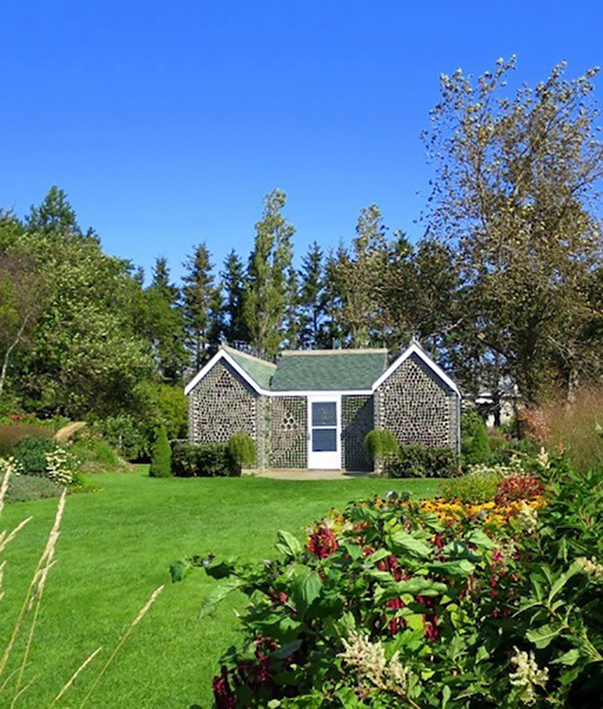 As a viewer gets closer, they will start to notice something peculiar about those reflective colors surrounding the foundation of this home. 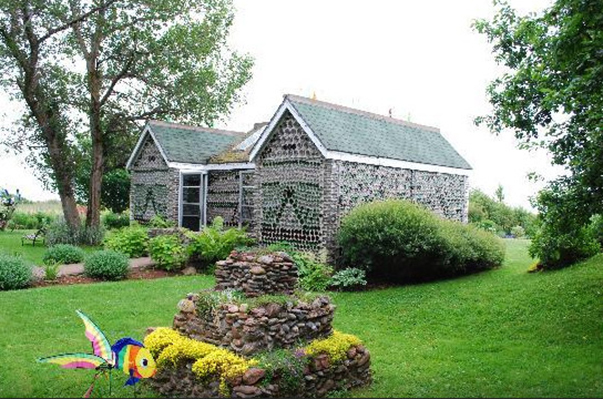 Oh yes, this house is made almost entirely from glass bottles! 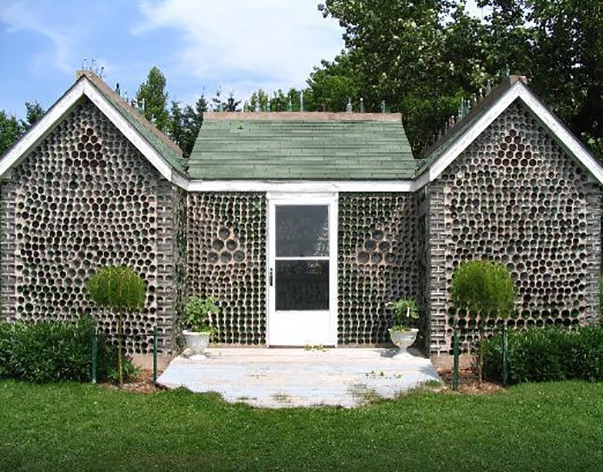 Arsenault personally collected about 12,000 bottles and carefully constructed this home. It took 85 bags of cement to hold it all together.

Recycling all those bottles wouldn’t have given you enough money to buy a house. So it seems fair to consider this a good investment. 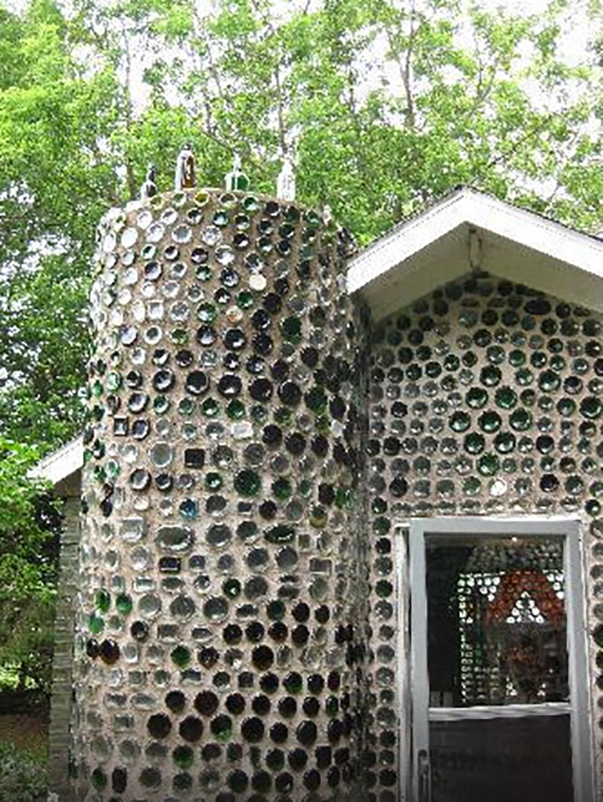 Arsenault built this at the age of 66. 66! That might seem reasonable to some people assuming he was in charge of a crew.

But nope, this was a solo project. And if that isn’t impressive enough, he built this in only six months!

In case you’re wondering, no, he didn’t drink all these in six months. 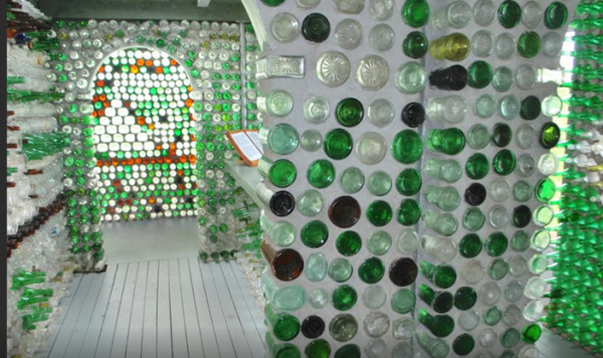 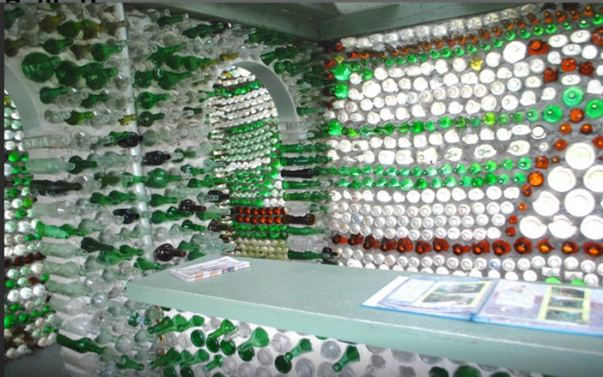 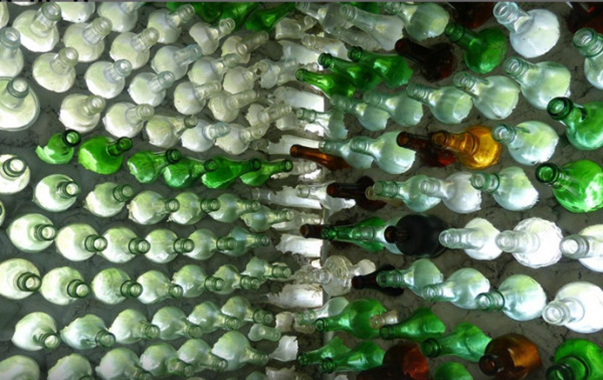 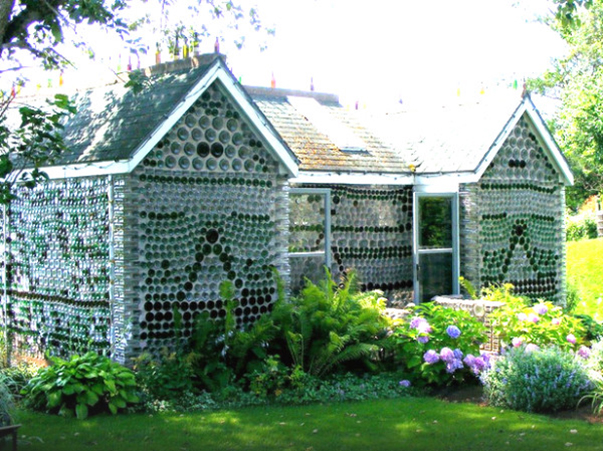 Ok, so even the most hardened of hearts might look at this craftsmanship and say, eh. To those difficult people I say this: there’s more. 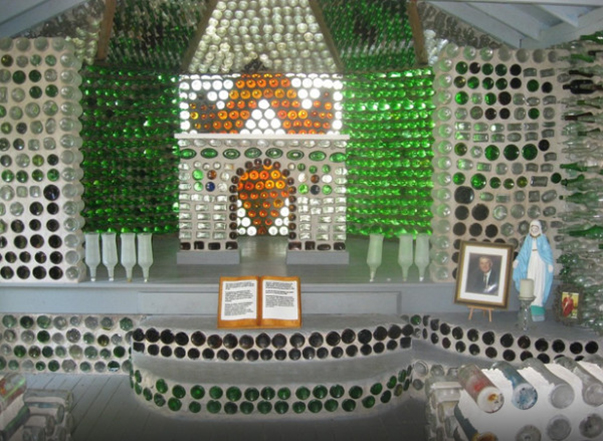 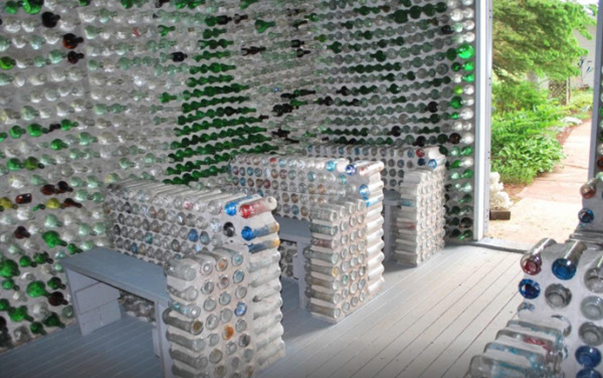 There’s also a tavern. Cause why not? 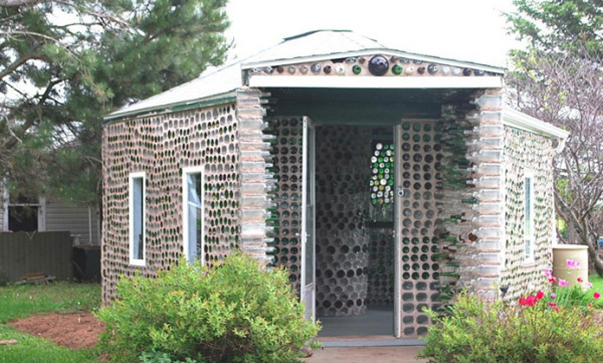 In the tavern you find more bottles that are not part of the structure, they’re ‘free-range’ bottles I guess you could say. 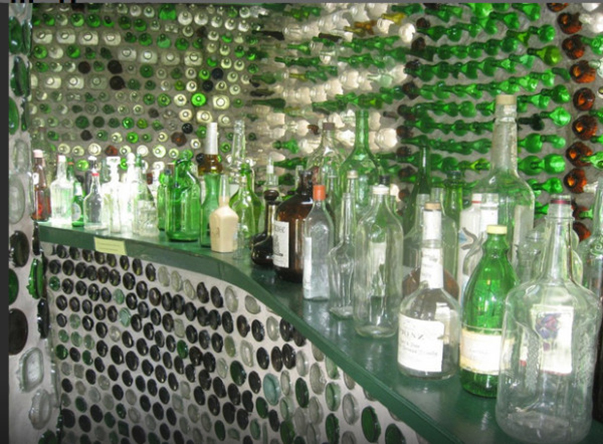 During his quest for bottles, Arsenault became attached to certain unique bottles. He didn’t want these gems hidden away inside the wall, so he placed his favorite bottles on this counter.

And as a tribute to the giant bottle made from bottles that he saw in his daughter’s postcard, he made a giant bottle of his own. 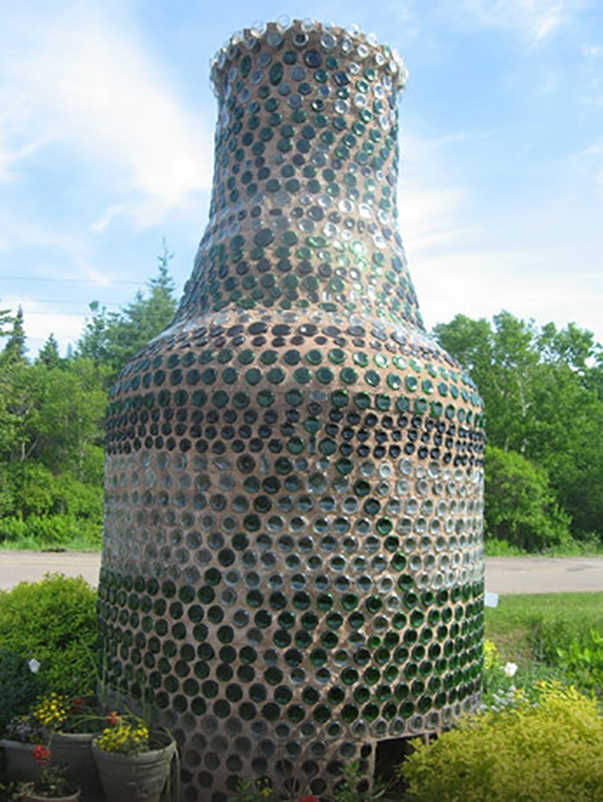 Handiwork this creative was bound to gain publicity, and as such it became a popular tourist attraction. It was even featured on TV’s Ripley’s Believe It Or Not and 1,000 Places To See Before You Die. If you’re interested in venturing off the coast of Canada to Prince Edward Island and taking a look at this marvel for yourself, visit the house’s website for visiting information.