Portugal teen, Amanda Machado, was riding passenger in her friend’s car and Snapchatting when they got into a pretty serious accident.

The Snapchats weren’t the cause of the accident, however, Machado continued to Snap while she was trapped in the overturned car.

Here are a few before and after pictures. 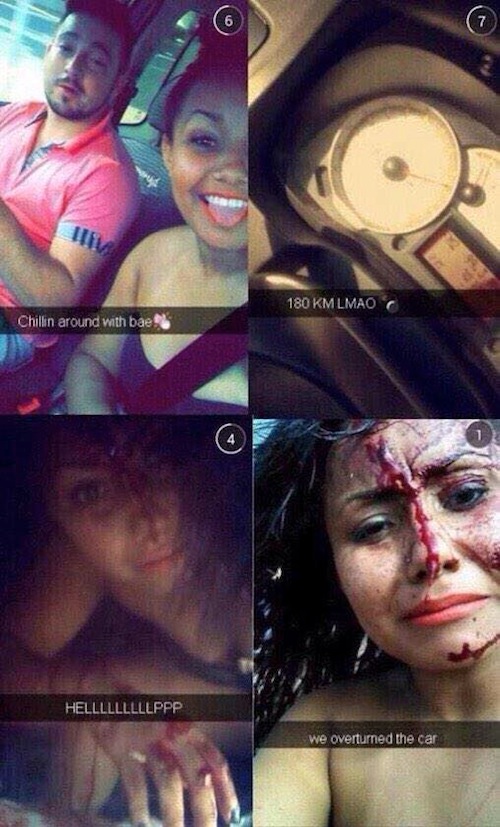 She got quite a bit of heat from her peers and the media. She confronted these comments and judgments by saying-

“I want to thank those who are helping me right now. In many thanks to duty jokers. I see all publications on websites, on Twitter, here in msm Face (sic), the whats and everywhere but do not think it gets me down, are mistaken. Thank God I’m seeing as this is what I appreciate because I could be dead and then? I can only thank God for giving me another chance at life! To the ignorant who do not know the facts and criticize, let my silence.”

It doesn’t make complete sense because it was translated from Portuguese, but it is clear she does not feel as if she should have done anything differently after the accident and appreciates a second chance at life.

Amanda and her friend did not suffer any fatal injuries and are both recovering well. They are, however, still struggling with the feelings of being judged by their peers for the Snapchats. The important thing is that help arrived and they were not seriously injured, or worse.