Home
Cheating
&
Funny
This Cheating Wife Gets Owned By Sisters

These sisters were at an Atlanta Braves baseball game when they saw a woman texting a man named Mark Allan on her phone.

His name was under Nancy. The two sisters decided to even tweet the whole thing online and went as far to notify her husband that she was being indiscrete about the whole thing. She was obviously cheating on her husband and these two eagle-eyed sisters caught it!

They posted pictures on social media on this lady sexting someone other than her husband. 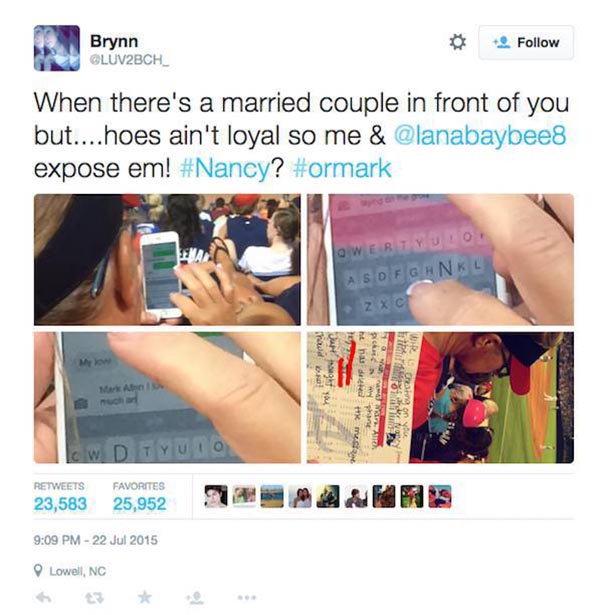 Her husband was sitting right next to her watching the game while this was going on. 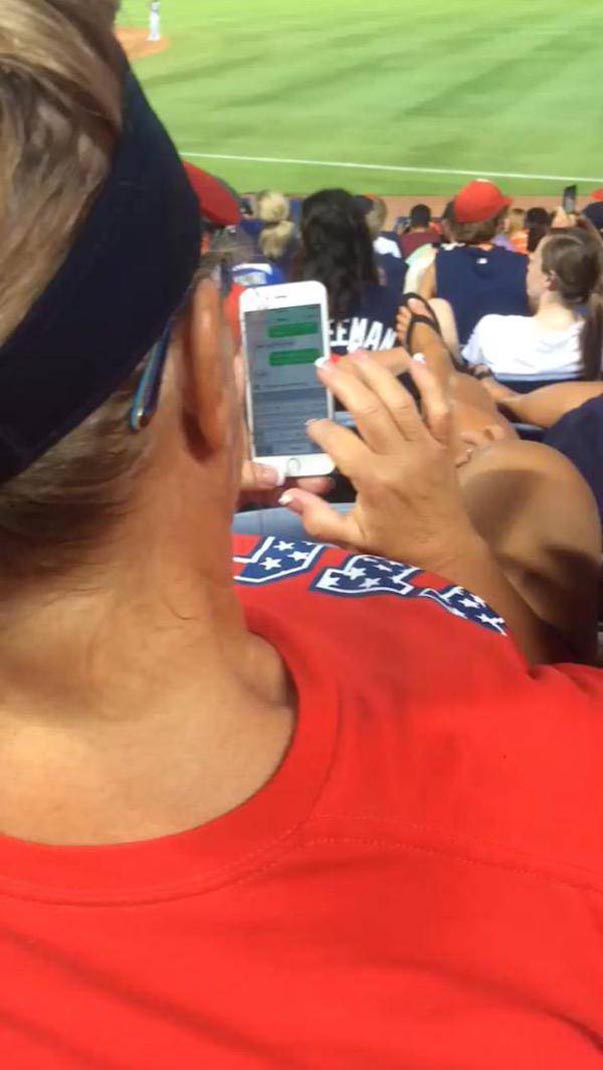 “I will be naked… laying on the ground” 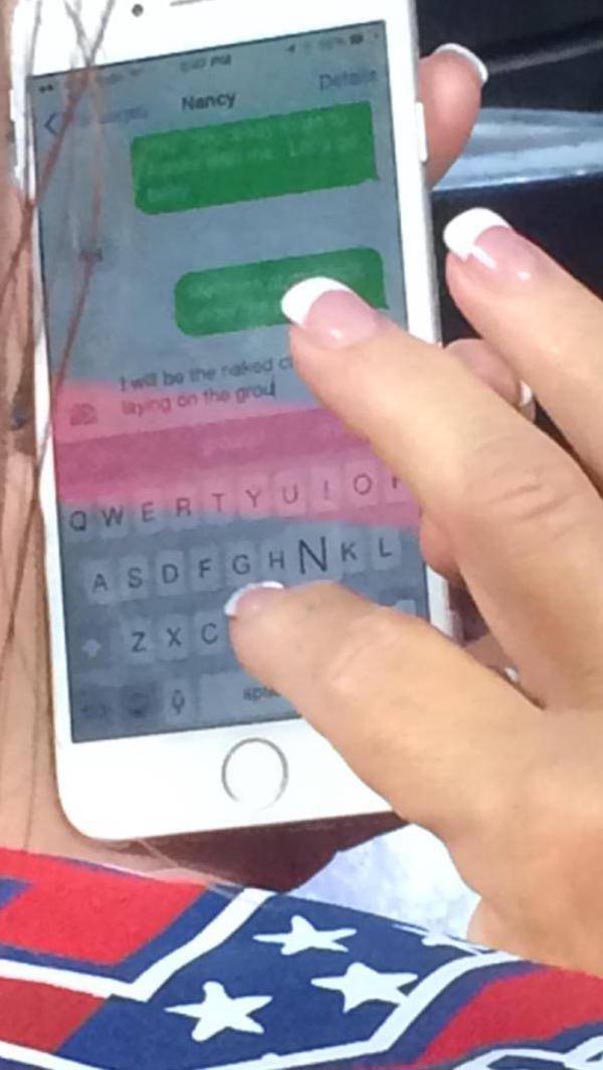 “Mark Allen I love…much,” reads her next message. 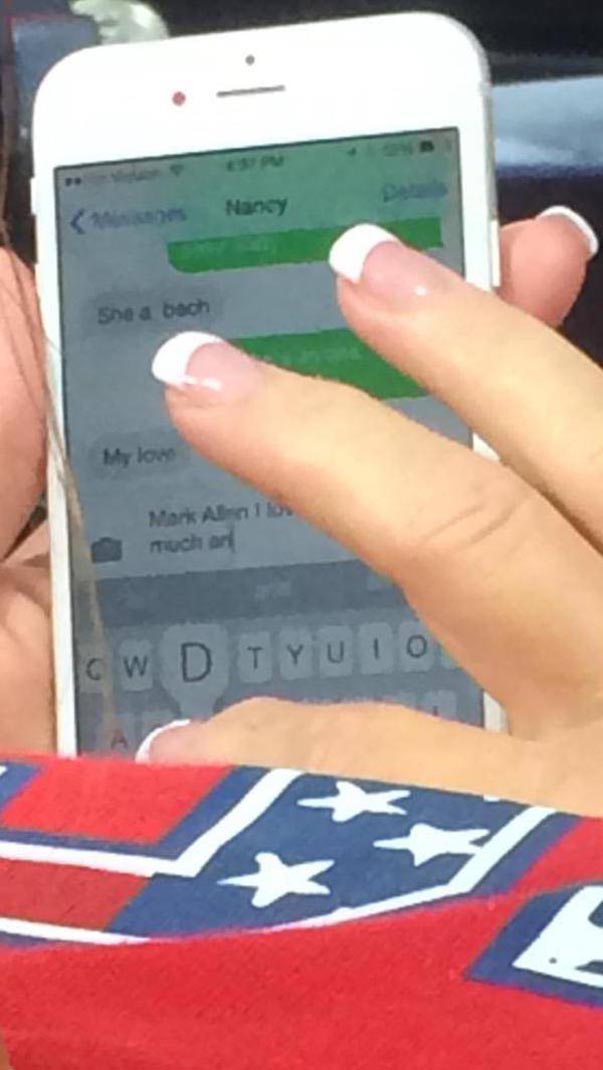 The paper reads: “Your wife is cheating on you. Look at the messages under Nancy! It’s really a man named Mark Allen. There is pictures on my phone if she deletes the messages. (her phone #) Sorry, just thought you should know!” 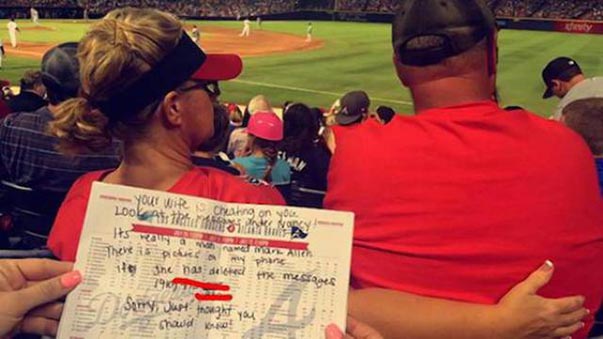 They handed him the note after the game and he gave them a thumbs up. He did send them a text asking for the photos. “After I sent him the pictures we didn’t talk, I don’t think he’s confronted her yet. I want to ask him but it’s not my place.” 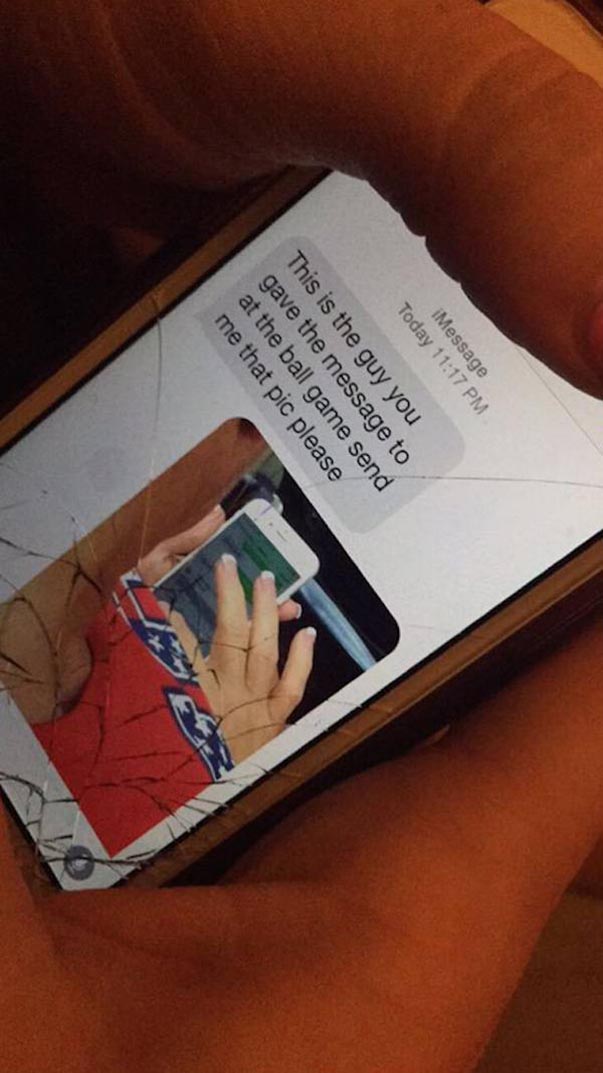 The sisters, Brynn and Delana Hinson. 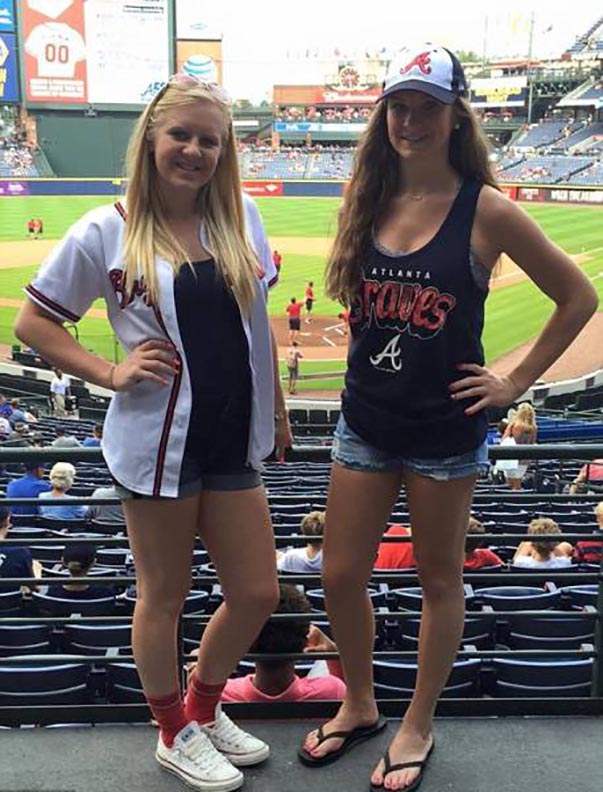