My boyfriend tells me that I’m always banging on about diets which isn’t true. I’ve never actually done a ‘diet’, what I have done is go through phases of ‘eating  healthily’. So that’s what he means really. And I admit I do talk about it a lot, because its HARD WORK. 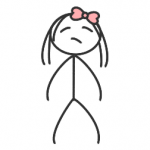 No matter how much I try, I don’t seem to lose the weight I want to, if I lose a few pounds it will end up going back on. But what’s new? I don’t know any girl who’s life ISN’T like that!

MEN on the other hand are ridiculously lucky when it comes to weight loss. They have more muscle naturally, which means there metabolism is faster, which means they burn more fat than us.

Last week I was doing my ‘healthy eating’ and my boyfriend ate a pepperoni pizza in front of my face! I was fuming! 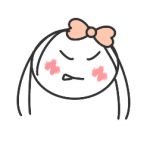 How DARE he put greasy carbs in my face when I’m only eating chicken and brown rice! He did offer me some, which to be honest was a slap in the face since I had to say no. And normally I wouldn’t say no but for some reason that day I just did. Well done me! But that’s only one triumph, and I need a lot more that that to get to my target weight.

Another thing that makes it easier for men to lose weight, they don’t do as much ’emotional’ eating as girls. I’m not the only girl I know that will eat extra to celebrate small things and to commiserate over anything! The times in between celebrating and commiserating are an excuse to eat badly too, because I’m bored.

If my man wants to lose 7lbs he can do it in a week! That’d take me over a month to do.

My sister is having some luck doing it this way which is designed just for women so I’m going to cancel my gym membership and give it a try instead and this time I’m going to stop comparing weight loss to my boyfriends and just do it!