1. You don’t think before you speak

Because you don’t need to. Why would you? If you’ve got something to say, you just say it. Why isn’t everybody else like that!?

2. You tell the truth. Always.

If your girlfriend asks you of she’s gone too far with the lip fillers this time, you tell her the truth and spend the next two weeks calling her Lisa Rinna. 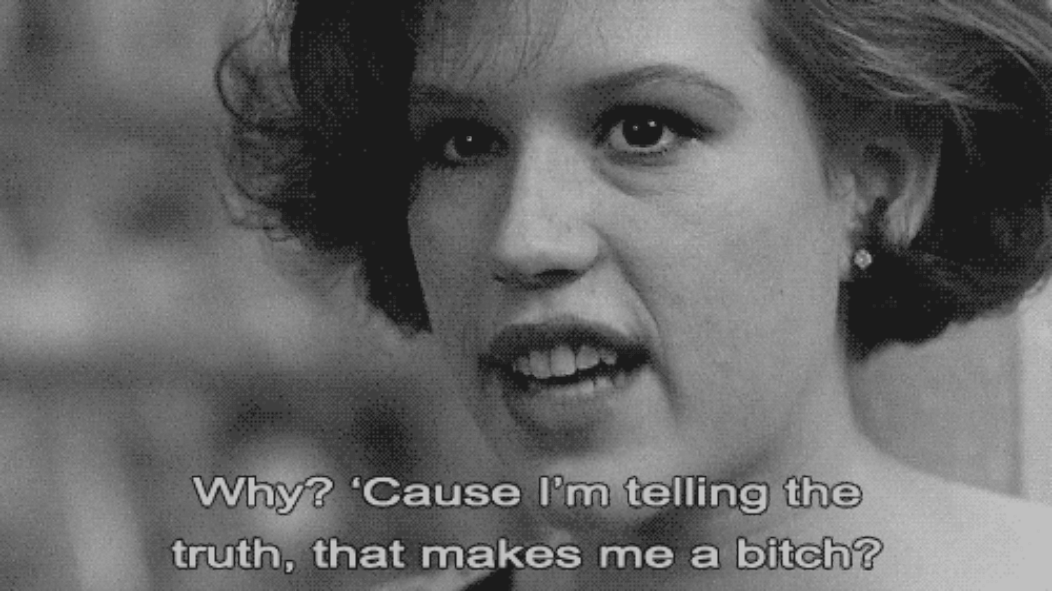 3. You can’t hide your real feelings

Your facial expression tells it all. You roll your eyes, snarl, and lick your teeth without even realising you’re doing it. When people ask you, ‘Are you OK?’ it’s because your face is telling them somethings up.

4. You can’t help but get bored of… well… lots of things

Small talk, lies, social etiquette, fake a*s people. You have your priorities in order so if something’s wasting your time, you bail. Because you’ve got better things to do.

5. You only have a small group of friends

Because you only let people you can trust into your life. You choose your own friendship group and you like to be able to count the number of best friends you have on one hand.

6. People judge you before they meet you

Because they hear sh*t about you. Which is sometimes true. But whatever, if people want to talk behind your back about how awesome/bitchy you are, let them. Most of the time, if you actually give them the time of day, they change their mind about you anyway and end up liking you.

You don’t follow the rules of society and you don’t understand why people insist on hugging/kissing when they meet/say goodbye. You prefer to stand back than let people invade your personal space.

8. You can’t help but think it’s funny to be mean

That’s just your sense of humour and it’s not gonna change. But you’ve rarely come across another girl who doesn’t chuckle when someones got their skirt tucked in their knickers or some drunk guy just peed himself.

9. Men are scared of you

10. You stand up for yourself

Because you have every right to and you learned to a long time ago. Why do people think that’s a bad thing?

You lose it when you’ve been around idiots for too long. When your rage is released, no one is safe.

But you don’t mind being called a b***h. You admit that you do come across as one, but in fact you’re just a girl who knows what she wants and has high standards. And is incredibly funny but dry as h**l.