When jealousy sets in you can do some really stupid things without even thinking about them.

That’s what happened to this guy who thought that his girlfriend was cheating on him just because he saw the she was sending texts to the guy. What he didn’t know was that this was her co-worker and that nothing was going on. He realises this after he makes himself look like a fool!

Here he goes with the jealousy text: 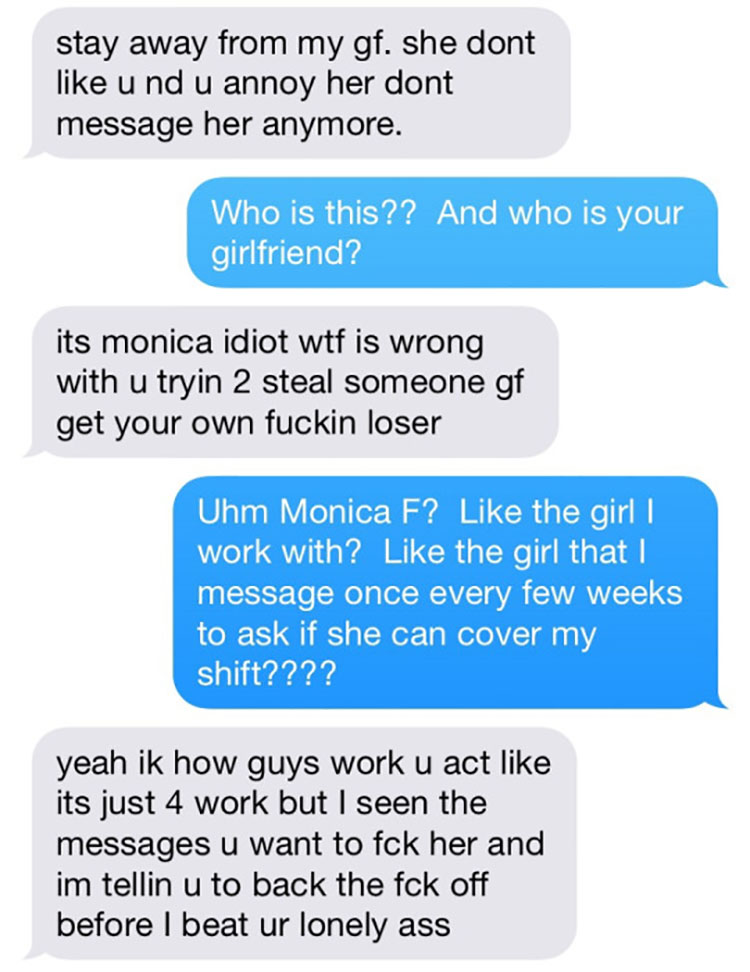 Here he gets put into place by his girlfriend’s co-worker. 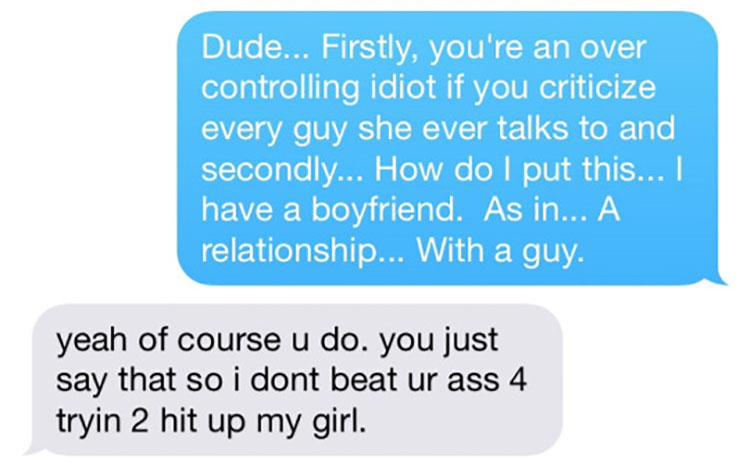 He never expected that one!

And he still won’t stop!