When Sajedene sat down to go online and play her favourite online game, she was not expecting what happened next. She hears a smash and shouting from outside her room before she takes off her headset and runs out of the room.

You then see a terrifying sight when a guy come into the room holding a gun. The video then cuts out but by this time one of the other guys playing the game had seen what was going on and called the police.

Scroll down for video

1 suspect is now in custody with the second guy on the fun. The good news is that Sajedene and her house mates are safe and well as you can see by the tweet below. 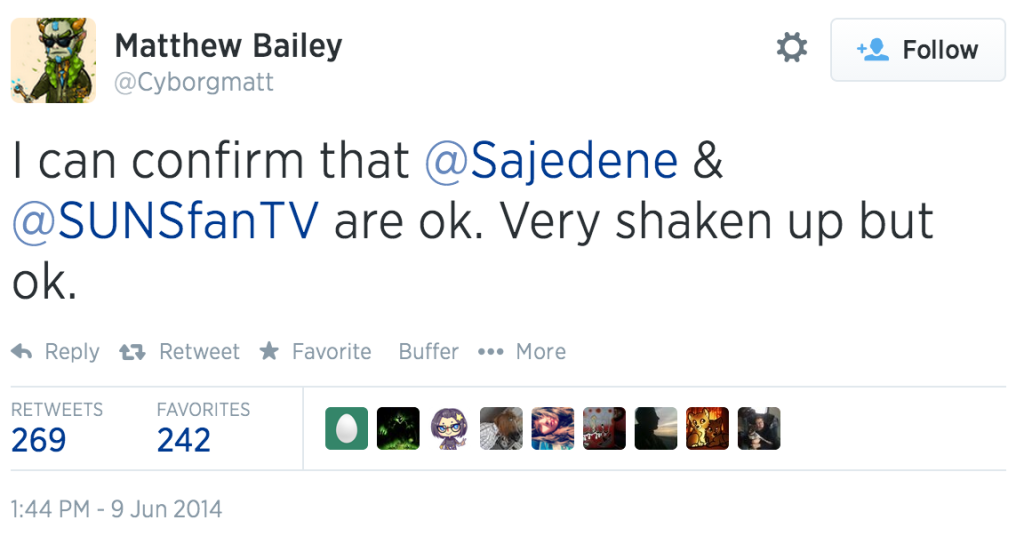